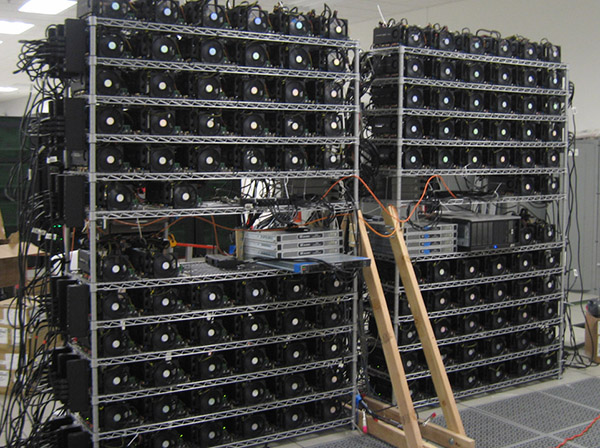 With guidance from ECE professor Wen-mei Hwu, CS professor Bill Gropp, and cluster experts at NCSA, students got hands-on experience building their own supercomputer with NVIDIA graphics-processing units. When the Green500 list of energy-efficient supercomputers was posted, their system took third place overall and was named the greenest self-built cluster.

The students had three big sessions working tirelessly in the new National Petascale Computing Facility to build the cluster, called EcoG. They also needed to configure all of the settings and check each memory card, processor and cable for problems before finally running benchmark code to test their cluster’s performance and another test to gather power-usage data by the deadline for the Top500 list, a ranking of the fastest supercomputers in the world. Finally, the team recorded performance of 33.6 teraflops (or 33.6 trillion calculations per second) and 938 megaflops per watt.

The cluster landed spot 403 on the Top500 list and then took third place when the Green500 was posted on Nov. 18, 2010. EcoG won an additional Green 500 honor as the “greenest self-built supercomputer.”

NVIDIA donated 128 C2050 units to the Illinois CUDA Center of Excellence, and NVIDIA research scientist Sean Treichler spent time on campus helping to plan and build the cluster. QLogic also donated a portion of the interconnect.