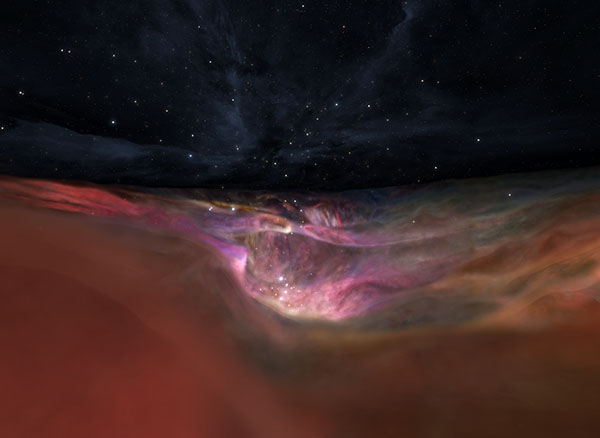 “Hubble 3D” takes viewers through distant galaxies as it tells the story of the repair and upgrade of the Hubble telescope. While most of the film is shot with IMAX 3D cameras, including live-action footage from the space shuttle, nearly a quarter of the movie’s run time is devoted to NCSA Advanced Visualization Lab’s two dramatic voyages. Comprising nearly 10 minutes of the 43-minute film, the sequences use real Hubble, astronomical, and computational data in visualizations that make audiences feel they are on a space journey.

NCSA’s Advanced Visualization Laboratory used their dedicated visualization cluster and the center’s Abe supercomputer to develop and render the two scenes for the Hubble 3D project. The AVL cluster and the Abe supercomputer both use 64-bit Linux machines, with each machine having eight cores and 16 gigabytes of memory, comparable to a high-end PC or Mac such as a graphics designer might use.