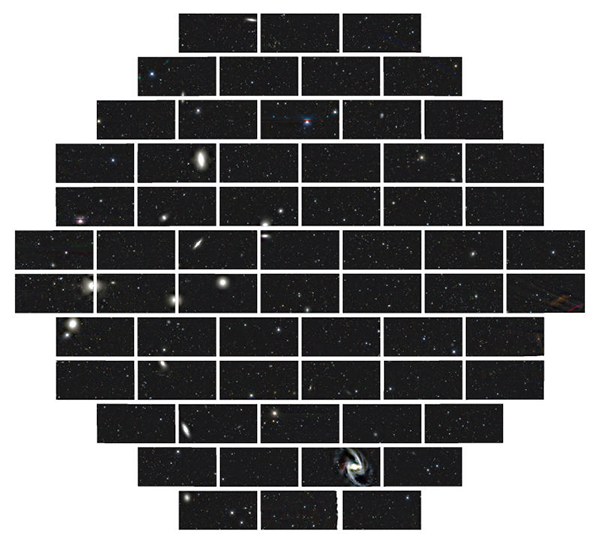 NCSA) and the Department of Astronomy at the University of Illinois at Urbana-Champaign have received more than $2.5 million from the National Science Foundation (NSF) to support development of a data processing and archiving system for the Dark Energy Survey (DES), a collaborative project aimed at discovering the nature of the “dark energy” that scientists believe is the dominant component of the physical Universe and the driver for cosmic acceleration.

The DES project will build and install a large (500-megapixel) camera (DECam) on an existing NSF-supported optical telescope in Chile. This telescope will be used to deeply image 10 percent of the sky for 500 nights, producing a precise picture of the largest-scale structures in the universe and a detailed measurement of how those structures have evolved over time.

NCSA and the Illinois Department of Astronomy are leading the development of software and tools for data management and processing. When the new camera begins gathering data, a flood of data will flow to NCSA, where it will undergo automated processing that will prepare it for scientific analysis. NCSA’s high-capacity storage infrastructure will house the raw and processed data, and the center is also working on critical middleware and an accessible online archive for the DES data.