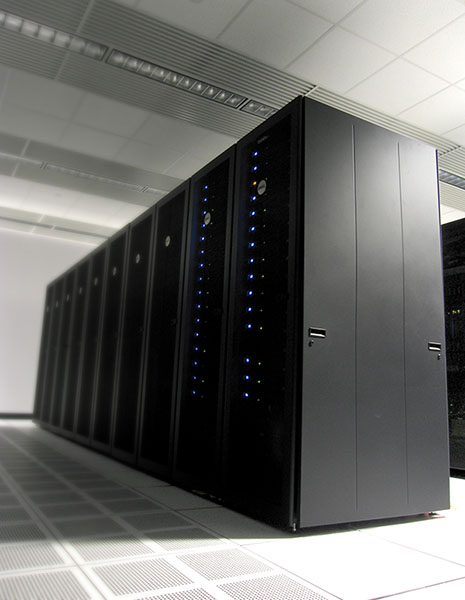 NCSA will give a powerful boost to researchers in academia and industry with the addition of two new supercomputing clusters. The two systems, Abe and T3, will provide 110 teraflops (trillions of calculations per second) of computing power, more than doubling NCSA’s total capacity to more than 146 teraflops.

Abe, named in honor of 16th president Abraham Lincoln, has a peak performance of more than 88 trillion calculations per second (88.3 teraflops). The system was purchased with funds from the state of Illinois and will be shared by researchers at the University’s new Institute for Advanced Computing Applications and Technologies, headed by NCSA Director Thom Dunning, and by the national science and engineering communities served by the National Science Foundation.

T3 is the successor to T2, a Dell cluster that has been used extensively by NCSA’s industrial partners since it came online. T3 is a Dell blade system with 1,040 dual-core 2.66 GHz Intel processors, an InfiniBand interconnect, 4.1 terabytes of total memory, and a 20 terabyte Lustre filesystem. The peak performance of T3 is 22.1 teraflops.