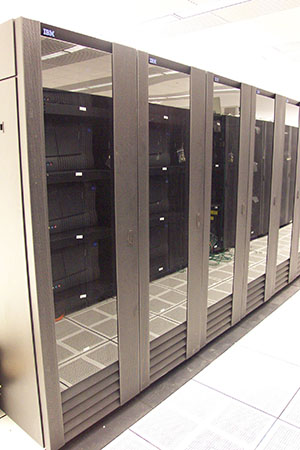 “Titan’s availability means that the user community now has an opportunity to deploy applications on Linux clusters with an expanded 64-bit address space and tune codes for future TeraGrid deployment,” said Dan Reed, director of NCSA and the National Computational Science Alliance, and a principal investigator with the TeraGrid project. “This will be a great resource for scientists who need a high-performance system that can analyze their data efficiently and allow them to get more science done. We believe Itanium family Linux clusters will be a major scientific computing platform in the years to come.”

Titan was purchased in 2001 and was put through a series of tests last fall and winter to determine its performance capabilities and ready it for general scientific use. Some scientists had early access to Titan during its “friendly user” period over the last six months, and several scientific codes have ported successfully to the system. These include Piecewise Parabolic Method, a code used to study hydrodynamics problems in science and engineering; Cactus, a parallel toolkit used in astrophysics and several other disciplines; NAMD, a molecular dynamics code used to look at processes in living cells at the atomic scale, GenIDLEST, a computational fluid dynamics code; and Tree Particle Mesh, a tree code that breaks massive problems down into many smaller ones.