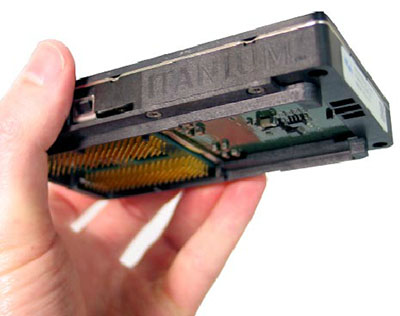 Rob Pennington, NCSA’s then-Chief Technical Officer, always says that he and his team want to be involved with new architectures and computing technologies when vendors “have nothing to show us but a drawing and a bag of sand.” When Intel completed its first 64-bit chips, the center wasn’t given quite that much lead time, but it was close.

Within six weeks of the first processors coming off the assembly line—long before they wre commercially available—NCSA had a few so they could begin putting them through their paces. A few weeks after that, Pennington’s team had completed a cluster of four four-processor systems based on the Itanium chips, the Linux operating system, and Myricom’s Myrinet to interconnect the machines.

“We had access about the same time that Intel’s engineers themselves gained access. That collaboration meant we could trade ideas and experiences and use that as a basis to building a future that leveraged 64-bit computing in a way that would profoundly change the kind of capabilities we could deploy,” said Dan Reed, a former NCSA director. Within a couple of years, the 64-bit Itanium chips would become the heart of the TeraGrid. The TeraGrid now gives scientists and engineers access to the nation’s most powerful unclassified computers, a wealth of scientific applications and visualization environments, unparalleled datastores, and toolkits for grid computing—all linked by the world’s fastest network.

“They provided early access to the technology. We provided early access to applications. Groups worked as a team to understand the interactions between the two. That provided insights into software, into hardware configurations and capabilities, and into how to achieve breakthrough science,” Reed said. That sort of interaction is the hallmark of relationships that NCSA has had with a wide variety of vendors over the years.

“Those opportunities come about because NCSA pushes the envelope. It says to vendors, ‘We can do this, if we work together,'” Pennington said. “We look at what’s barely possible now. We know that it will be commonplace in a few years, but we also know that if we don’t engage with it and the people who build it now, it won’t live up to its promise. We won’t live up to our promise.”