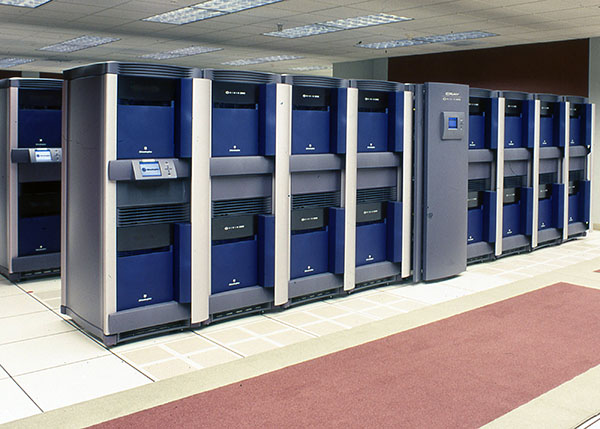 NCSA’s SGI/Cray Origin2000, the largest Origin server and the first 128-processor system, was delivered by Silicon Graphics in October 1996. The 128 processors initially were doubled to 256 processors before the end of 1997.

The SGI/Cray Origin2000 system was a shared-memory system based on Silicon Graphics’ S2MP architecture and was configured with 32 GB of memory. Users were able to easily move to the system from NCSA’s other machines, whether they program to a message-passing paradigm or to a shared-memory programming model.

“S2MP combines the best of both worlds—the ease of programming of shared memory and the scalability of massive parallelism. It clearly is the next generation architecture,” said former NCSA Director Larry Smarr. “In addition, our ability to achieve a single system operating environment across 128 processors clearly demonstrates that the CrayLink and MetaRouter interconnect technologies can create a single, very powerful computer from multiple modules.”