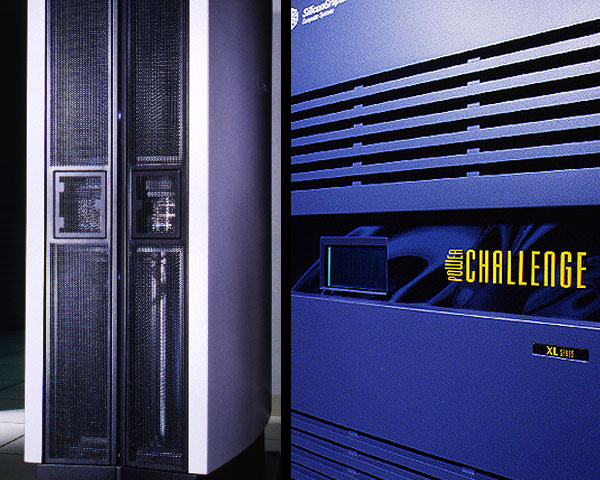 The SGI POWER CHALLENGE had 16 superscalar processors, each running at 75 MHz and 300 MFLOPS peak speed and each with 128 MB of RAM. The CONVEX Exemplar consisted of 8 processors, with a peak speed of 200 MFLOPS per processor and 512 MB of shared memory.

For many applications, it became possible to run on a workstation at similar or higher performance than the CRAY Y-MP—for example, one 17-MFLOPS run of ABAQUS on the Y-MP achieved 21 MFLOPS on a single processor of the SGI POWER CHALLENGE. Parallelizing these codes on the SGI CHALLENGE or CONVEX Exemplar yielded a potential of a few to tens of times speedup relative to single vector processor performance.