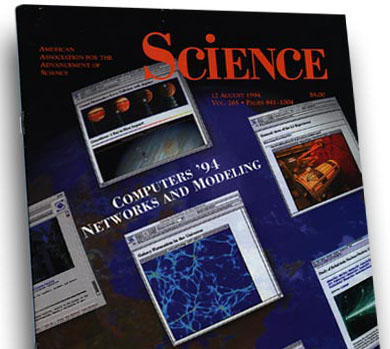 There were in fact days when even technical powerhouses like the American Association for the Advancement of Science did things the old-fashioned way. Typed or word processed manuscripts shuttled among publisher, author and reviewers via the U.S. Postal Service. With the proliferation of email and networking, that had begun to change by August 1994 when Science magazine published its first article submitted electronically.

“NCSA Mosaic and the World Wide Web: Global Hypermedia Protocols for the Internet,” by NCSA’s Bruce Schatz and Joseph Hardin, outlined the technology that made possible the Web’s explosion in popularity. As the article explained, a lot of that increased interest had to do with the new way people conceived of the process as the result of the new hardware: