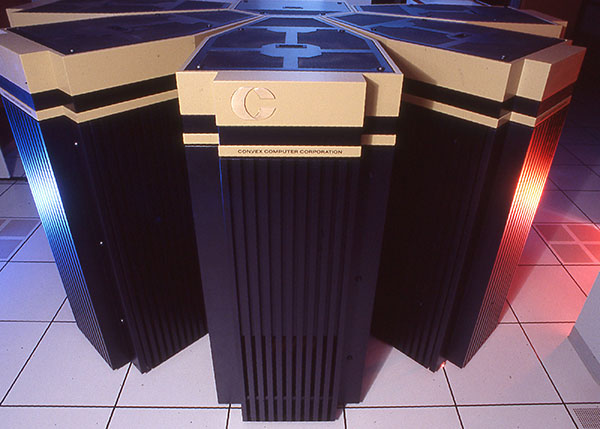 “We have cultivated a user base for very large memory applications on our Cray-2 supercomputer,” said Michael Norman, NCSA research scientist in astronomy/astrophysics and Illinois associate professor of astronomy. “With 1,000 users, it is very difficult to use more than one processor at a time, leaving most of its parallelization abilities untapped.”

According to Norman, significant advancements were made in using the CONVEX C240 in 1991. Academic projects in numerical cosmology, fluid dynamics, atmospheric sciences, and biomedical and radio astronomy imaging have been very successful on that machine. The C3880 can compute more complex problems in these fields and is also appropriate for industrial applications such as drug design, engineering fluid dynamics and finite element analysis, and oil reservoir simulation.