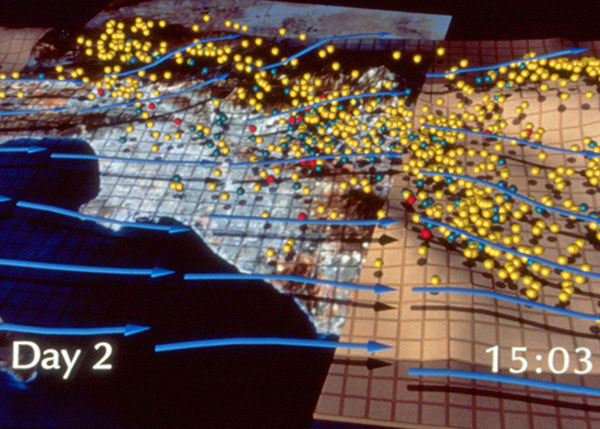 The animations and visualizations that NCSA created in the late 1980s aided dozens of researchers. Their impact multiplied when, in 1990, the center built a top-flight digital post-production suite. The facility cost more than $1 million and allowed the visualization team to edit and package their creations more easily and in more advanced ways.

“That’s not something research centers did at the time. It wasn’t something they invested in,” said NCSA visualization expert Robert Patterson, who joined the center in 1988. “It rivaled commercial facilities.”

One of the first productions to come out of NCSA’s post-production suite was a look at smog in the Los Angeles Basin, a collaboration with MIT’s Greg McRae and Carnegie Mellon’s Ted Russell. It premiered at SIGGRAPH, the international computer graphics conference, in 1990.